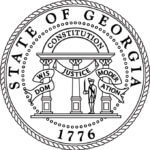 In early March, you probably saw a lot of headlines about Delta’s termination of a discount for National Rifle Association members, and the subsequent removal of Delta’s fuel tax exemption from a major Georgia tax bill.

Hidden behind the Delta headlines were the other provisions of that bill, which may lower your state taxes in 2018 and beyond. Here are the two main benefits:

Note that these changes, along with the new federal tax law, do not impact your 2017 tax returns that you are filing now.

Why Georgia had to change its tax laws

Thanks to Trump’s federal tax reform, Georgia was set to a receive a major state tax windfall – as high as $5.2 billion over 5 years, depending on who did the math. Why? As I described in an article last month, Georgia tax law required anyone filing federal taxes with the standard deduction or itemized deductions to file the exact same way in Georgia. Imagine taking advantage of the higher federal standard deduction, but then being forced to take the paltry $2,700 Georgia state standard deduction. You could save on federal taxes, but then lose that savings (and maybe more) on state taxes.

Governor Deal was originally talking about taking that $5.2 billing for a test drive, determining the actual revenue boost over a couple of years before taking legislative action. A majority of the Georgia legislature disagreed, and Governor Deal signed the tax cut on March 2. Estimates show that this should save Georgia taxpayers about $500 million per year, also making Georgia more competitive with those bordering states that charge lower or no state taxes.

What this means for you in 2018 and beyond

One way or another, changes to federal and Georgia state tax code will impact your tax situation this year. The sooner you start planning for those changes, the more accurately we’ll be able to project the impact to your tax liability and implement changes as applicable. We’re a little busy with 2017 tax returns at the moment, but please contact me to set up a meeting after April 17.