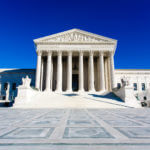 On June 21, the US Supreme Court ruled that internet retailers may be required to collect sales tax in the states where they generate revenue, regardless of their physical presence. Prior to this ruling, internet retailers only had to collect sales taxes in states where they had a physical presence. You may have heard mention of the original 1992 Quill Corporation vs. North Dakota ruling.

40 states had asked the Supreme Court to overturn the physical presence ruling. South Dakota led the charge, passing a 4.5% tax law and then suing major retailers, including Wayfair. The Supreme Court decision stated that the old physical presence rule has become “further removed from economic reality and results in significant losses to the states.” I guess it’s time to even the playing field.

What does the Supreme Court ruling mean for internet businesses?

For large internet retailers, like Amazon and Walmart, that already collect and pay sales taxes, the impact will be minimal. Smaller internet retailers and internet-focused businesses, including the merchants who sell on Amazon, may find that the ruling adds increased complexity and costs.

Since there are more than 10,000 different taxing jurisdictions (cities, counties, states) in the US, each jurisdiction can set its own sales tax, compliance rules, and collection process. Can you imagine owning a small business and having to file 10,000 sales tax returns? Don’t sharpen your pencils just yet. Some states are already exempting smaller businesses, and I expect we’ll see a number of automated tax filing solutions.

It will now be up to the states to decide what to do. As I mentioned above, South Dakota already passed a law, including an exemption for small businesses with sales below $100,000 annually or less than 200 customers.  Georgia also pre-empted the ruling, requiring online retailers to collect and pay state sales taxes or send “tax due” notices to buyers who spend at least $500 – starting January 1. The Georgia small business exemption is $250,000 in annual sales, or 200 sales transactions.

Other states are already following suit, and will hopefully enact similar exemptions to protect smaller businesses. We’ll continue to share updates as we receive more guidance, and as more states react to the Supreme Court ruling.