Beyond the Fiscal Cliff

Beyond the Fiscal Cliff 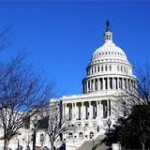 How the American Taxpayer Relief Act of 2012 impacts your 2013 taxes.

On January 2, President Obama signed the American Taxpayer Relief Act of 2012, which has resolved, or at least averted, what was widely known as the fiscal cliff. We’ve now survived the second of two potential disasters (the 12/21/12 end of the Mayan calendar was the first), and the stock market seems to be reacting favorably to the new law. While paying more taxes is bad news, many of the new tax rules became permanent, so you’ll know what to expect in the future. Also, these increases are better than what would have happened if we went over the fiscal cliff.

Here is how the new law (as well as some 2012 laws) will impact your 2013 taxes. Contrary to campaign promises, if you pay taxes in 2013 you will feel at least some impact. Higher wage earners will feel the most pain.

Here is a break-down of the various changes that may impact you and your taxes:

Here are some other important updates about this and other recent legislation:

Finally, a number of business tax credits and breaks were also extended, including:

Assessing the impacts to your 2013 taxes

This is not an exhaustive list, and adjustments may impact your actual results, but it should give you a general idea of what to expect as you project your 2013 tax liability. Give us a call so we can review your specific financial situation and help you plan for 2013 and beyond. Because of the last-minute change, your payroll taxes will most likely not be adjusted until February. This means that you will be playing catch-up for at least a portion of 2013.